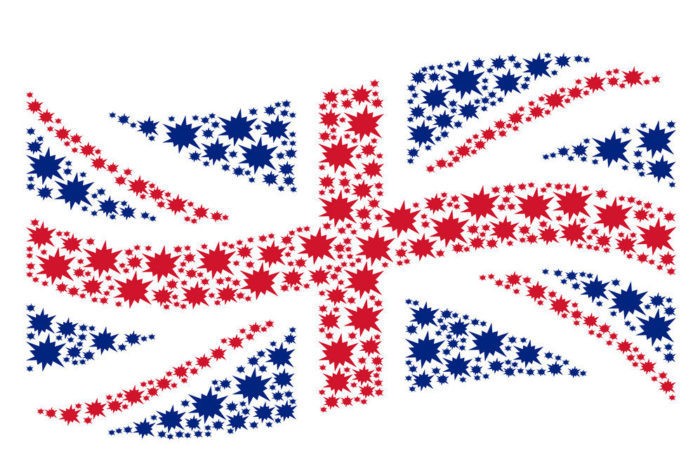 The reasons for organism’s aging

Aging of a human organism is a normal biological function contributing to the progressive evolution of the species. Senility and the following death clean the population from ancestors and create the conditions for the descendants’ development – the carriers of new useful features. There are a lot of theories of ageing. The main idea of which is formed by two scientific theories. These are the theory of marginotomy and the theory of molecular, oxidative damage of cellular organelles by free radicals.
The molecular, oxidative theory of aging. A lot of cells die premature because of a free radical attack (oxidant stress). The damaging effect of free radicals has been known for a long period of time. Free radicals injure cellular organelles causing the “breach” of a cell membrane, damage protein, amino acids, activate the peroxidation of lipids, and etc. Exactly free radicals are capable of damaging the tenderest cellular organelles – mitochondrions. As it is known, with advancing age the production of antioxidants reduces and the natural system of anti-oxidant protection becomes defective. The content of coenzyme Q, which is used to protect mitochondrions from antioxidants, decreases in mitochondrions because the production of energy, electrons’ transfer and formation of active forms of oxygen take place there. Of course, free radicals damage also cellular membranes, cellular organelles, DNA but the most important fact is that a mitochondrions’ damage switches on the programme of apoptosis or of natural cell death. As a result, a large quantity of cells which are viable and functional, have a big, unspent reserve of cells division and a high telomerase and which were far from aging, die. Together with them surrounding cells die as well because of apoptosis. The cells near a cell damaged by free radicals and which switched on the apoptosis programme start the apoptosis programme too because of “horror”. It brings, as it has already been mentioned above, to the cellular impoverishment of tissues, first of all of skin, and exactly this mechanism determines premature aging. The premature aging starts in an organism much earlier than it really should do. It is impossible to fight with the genetically determined aging but it is real to prevent fully the coming of the premature aging.
The theory of marginotomy connects the aging with the contraction of the telomeric DNA. High differentiated, specialized cells of any organism’s tissue have a limited capability of proliferation. A gradual decrease of the cells’ proliferation rate causing its stop is called a cell or replicative aging. Aging cells progressively loose their function. Exactly they, staying in the tissues without division and regeneration, determine the aging elements display, because they are not replaced by young, normally functioning cells. They can’t proliferate because of the proliferation block which a telomere “switches on” having passed a necessary periodicity of cells division. A telomere is a measure of a cells’ proliferative potential. Chromosome ends are protected by the so-called tips – telomeres. With every cells division the end of a molecule as if breaks (by 50 – 200 nucleotides) because the apparatus of replication can’t produce a full-size copy of a DNA molecule, and also to avoid the chromosome fusion causing a genetic break. A telomere reduces with every cells division, and having reduced up to a certain length “switches on” the proliferation block and then the programme of apoptosis (natural cell death). Chromosomes end in the sequence ТТАGGG repeated in telomeres hundreds and thousands times. The loss of the end DNA makes impossible the endless proliferation. The chromosome shortening up to a certain size evokes the processes of cell aging.
The number of replications passed by a cell up to the “switching on” of the proliferation block is different among different cells. Usually it is from 30 to 100 divisions. DNA is the only macromolecule having enough stability; it is the basis of such a mechanism. The cell which reduced its telomere up to the limit and switched on the proliferation block would not divide. It is necessary to reconstruct the telomere’s length for a cell not to loose its function and to continue dividing. This function is realized by the telomerase. The telomerase enzyme is not present in all cells of tissues and that is why it is impossible to make an aging cell proliferate. This enzyme is absent in differentiated, mature and specialized cells of organism’s tissues. An adult normally has telomerase only in gametes and precursor cells. To reconstruct the periodicity of cells division with a maximum short telomere of a cell is impossible because there is no telomerase in grown-up, differentiated, specialized cells of tissues. However, this process emerges in the organism much later than we really face with the displays of aging elements. Practically always an organism suffers from untimely aging. It happens because of the premature death of a large quantity of normally functioning cells that brings to the cellular impoverishment of tissues.

A humoral constituent of cell-cell interactions in the immune system is mediated by the products of interacting cells – by signal, informational, regulatory molecules – cytokines. They are albuminous and polypeptide products of activated cells of the immune system which are mediators of cell-cell communications (interactions) in the immune response, hemopoiesis and inflammation progress. They are effectors of some immune reactions and serve as a connecting-link between the immune and other systems of an organism. The value of cytokines goes beyond the scope of immunology because they play an important role in cells division, tissues’ regeneration, blood formation, and etc. Human skin is not only a protecting cover but also an active part of the immune system which possesses a feedback with it. It means that the state of skin integuments is regulated by the immune system and, vice versa, the immune system depends on functional activity of skin integuments. Quickly regenerating tissues such as blood and skin are in direct relation to the state of the immune system. Specialized skin cells interacting with each other participate in the formation of informational molecules and synthesis of cytokine cascades, and in the immune response. The immune system fulfills a lot of functions in an organism. The main ones are the fight against microbial agents, infectious agents, restoration of integrity and functioning of organism organs and tissues. The formation of a cytokine cascade, growth factors, informational molecules regenerating skin integuments and being in charge with reparative processes in skin and the whole organism depend exactly on the immune system. It is necessary to have growth factors and cytokines for the normal cells division. Many cytokines are not growth factors. Growth factors assist the DNA duplication in a cell and thereby bring it to the transition of the mitotic phase and to mitosis itself. Growth factors are necessary for cell life-support. For example, if cytokines and growth factors are removed from a cell culture, a cell not only will stop its division but will die. The immune system is responsible for normal cells division. That is why it is necessary for aging skin to support local immunity as a guarantee of normal cellular regeneration. Immune modulation (immune enhancement) of aging skin leads to the activation of cells division, to the normalization of cellular regeneration and to prophylaxis and treatment of skin age-related changes, to smoothing of aging development. The immunomodulating therapy started opportunely lets avoid premature aging and significantly delay genetically determined aging.
Genetic and structural likeness of epidermis and thymus has been proved. Epidermal cells, like thymus, influence the maturation and differentiation of T-lymphocyte. It is the keratinocytes, which are generally considered as the keratin producers, are able to influence powerfully the biology of a T-cell. Skin keratinocytes influence the post-thymic stages of T-cells’ maturation. Keratinocytes, “a silent majority” of epidermis cells, are an important element of immunity. They not only provide the creation of keratinocyte blanket and hair coat on the body surface but also in certain conditions produce active substances being able to deeply affect the functioning of other skin cells. A certain “push” – the emergence of informational molecules signaling the necessity of cellular regeneration – is needed for this. Besides keratinocytes in the formation of the normal immune response Langerhan’s and Greenstein’s cells play an important role.
For the last period of time a lot of informational molecules responsible for cell-cell interaction has been discovered. The peptide regulation which is one of prospective studies in the anti-age therapy has become widely spread. Such a therapy has a series of considerable advantages and, first of all, pathogenetic validity. With any aging (chronoaging or premature aging) the regulation disorder of informational molecules transfer between cells takes place that inevitably brings to the disorder of cells division. A lot of peptides realizing intercellular unions were defined from the tissues of a human organism. They are immunity inducers, peptides assisting cells division. There are also peptides responsible for vascular tone, mood, and etc. The contemporary science lets get such peptides not by means of extraction from tissues and organs now but by means of chemical, so-called peptide synthesis.

Why is the peptide Amatokin
important for aging skin?

The peptide Amatokin restores normal cellular regeneration of skin. It does not care for only cellular regeneration but assists the normalization of cellular functions protecting a cell from death. It causes the emergence of new skin cells and takes care of aging ones. A lot of cells die prematurely because of a microcirculation disorder and free-radicals attacks. As a result of a microcirculation disorder the inflow of nutrients and oxygen to cells decreases that brings to accumulation of large quantities of acid metabolites and to production of free radicals. The peptide Amatokin will protect these cells from death and restore microcirculation.
The peptide Amatokin influences the mitotic balance – the ratio of dividing, maturing, functioning and dying cells. Interacting with certain receptors the Amatokin regulates the most important functions:
— restores a normal cells division cycle of mature, differentiated cells;
— helps poorly differentiated precursor cells mature, turn into mature cells;
— supports a high activity of nonspecific protective and reparation intracellular systems, increases cells’ survival rate and decreases the possibility of apoptosis (natural cell death) development of cells in the usual course of aging process.
In the peptide Amatokin and Hexapeptide 20 make up everything what is necessary for aging skin for its restoration and regeneration, renewal normalization of a skin cellular structure, replenishment of the lack of young and active fibroblasts, cellular regeneration of keratinocytes. It is a powerful immunomodulating complex. The safety and efficiency of this complex has been proved. It does not have any side effects, does not develop an allergy, is not teratogenic, under no circumstance, even exceeding many times the recommended dosages, is nontoxic and harmless.

The study of microcirculation

The study of wrinkles’ regression among volunteers50 women-volunteers took part in clinical trials of the Amatokin and Hexapeptide 20. Among all them the following effects were observed: decrease of wrinkles, improvement of complexion, rehabilitation of skin’s moisture, lifting of facial contours, everyone felt the lifting effect immediately after the application and the result intensified and cumulated after the usage during a longer period of time. In 2 months the number and depth of wrinkles significantly decreased.